Taking the ‘Oh’ out of Oceanside…

I wasn’t going to write a race report of Oceanside 70.3. I wasn’t really sure what to say about the race, but after tossing the idea around and actually whilst I was out on a steady run on Sunday, I felt it was the right thing to do to just capture a few thoughts and learnings. Every day is a school day right?

I was excited about racing Oceanside. It was a great field (a massive 33 women on the start list with some the best in the world at the moment) and would kickstart the 2015 season here in the USA for me. We had pretty much a full house of Purplepatch Pros racing aswell so I was looking forward to having the whole gang out in force. Also having never been to Southern California, I was keen for the road trip down the coast and exploring another new place. 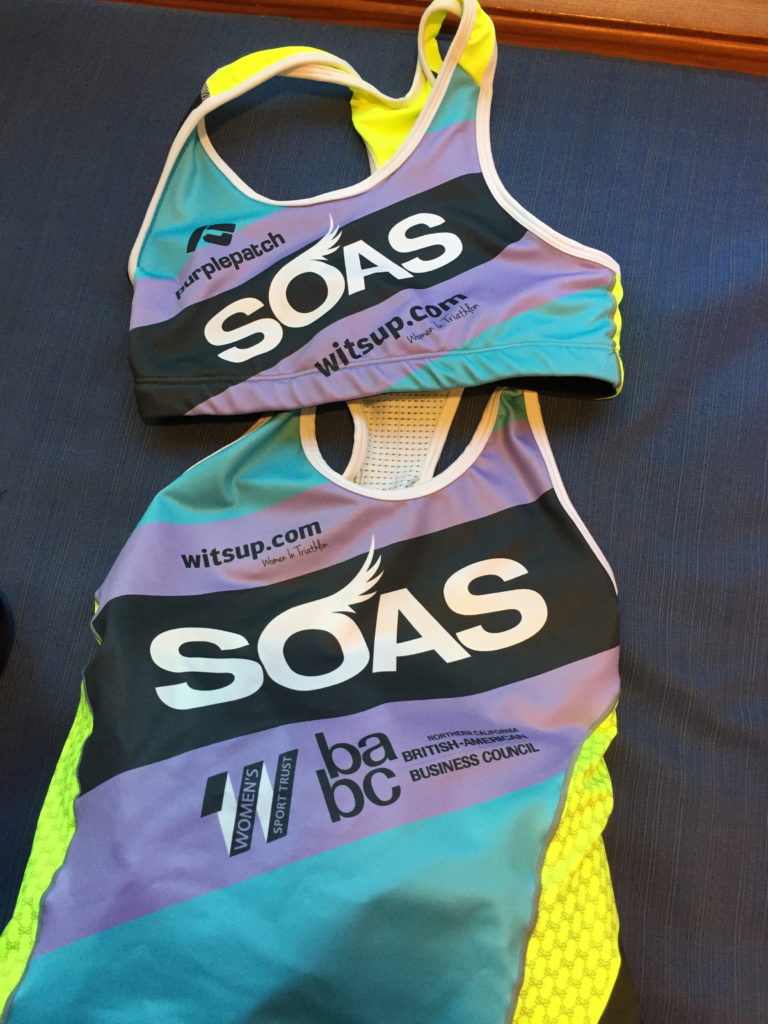 I went into the race not being 100%. Having been knocked of my bicycle in January, we’ve been managing a few niggles in my left leg, which has been affecting my running and it flared up again in the couple of weeks leading into the race. However the decision stood still to race and just see what happened when I got to the run. We knew it probably wouldn’t get any worse running, and there was always a chance it may allow me to run freely and at speed. 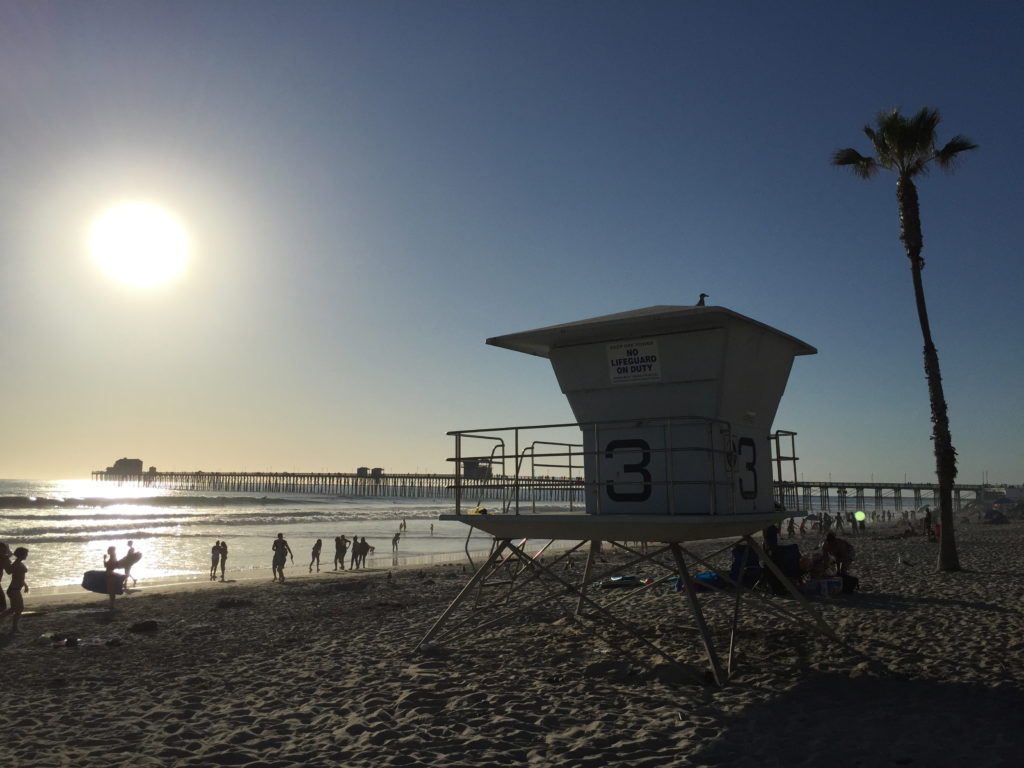 Oceanside Pier The run course ran on the promenade on the beach front. It was a simply awesome course.

Sadly coming off the bike into T2, I knew this wasn’t going to be the case and set off on the run, in a fair bit of discomfort and what felt like more of a lop-sided hobble, but hoping it would loosen and ease up as I started running. Unfortunately my running remained restricted for the duration of the 13.1miles, but as we’d half planned for this, I just set about trying to ensure as much balance running, and good form as I could, and tried to enjoy the experience. Yes it crossed my mind to stop, and I certainly didn’t enjoy running past friends and supporters, knowing I wasn’t racing at my best, particularly when they had come out to cheer and support me. 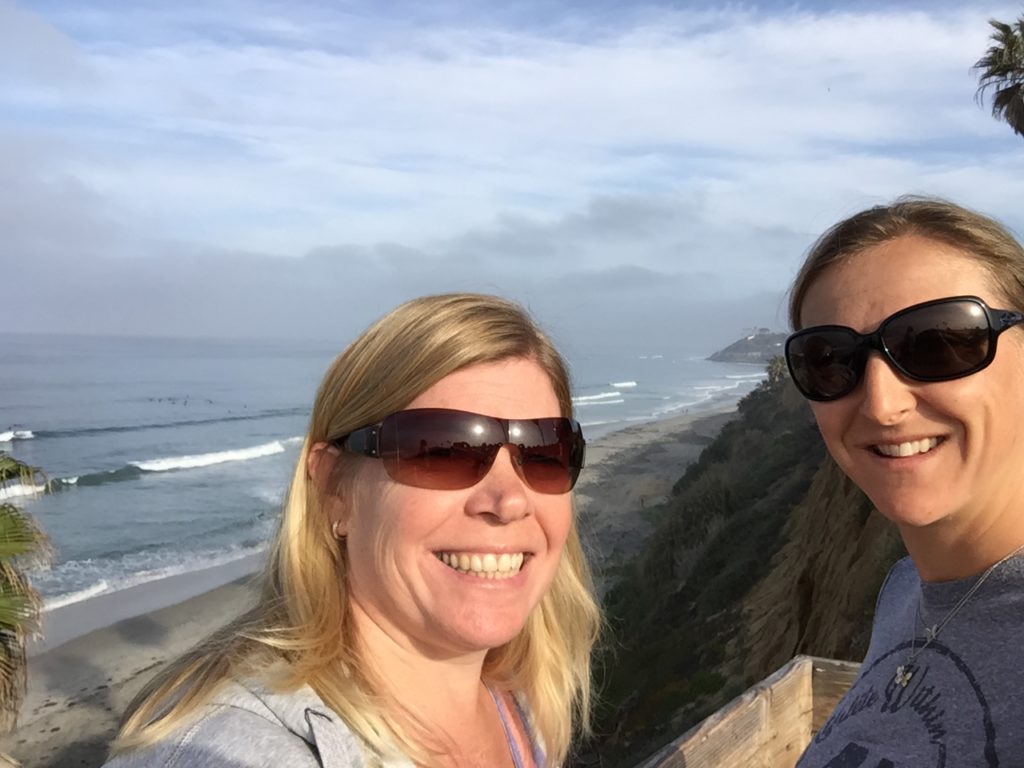 Exploring the coast from Oceanside to San Deigo, with my good friend Beth, from Sydney. (Beth had flown into Oceanside to support me, on her way home having been in Vegas for work.) Thank you!

However, I also didn’t want a DNF against my name. I wasn’t collapsing and so I just turned the run into a very steady jog hoping that there would be some positives I could get from the experience. 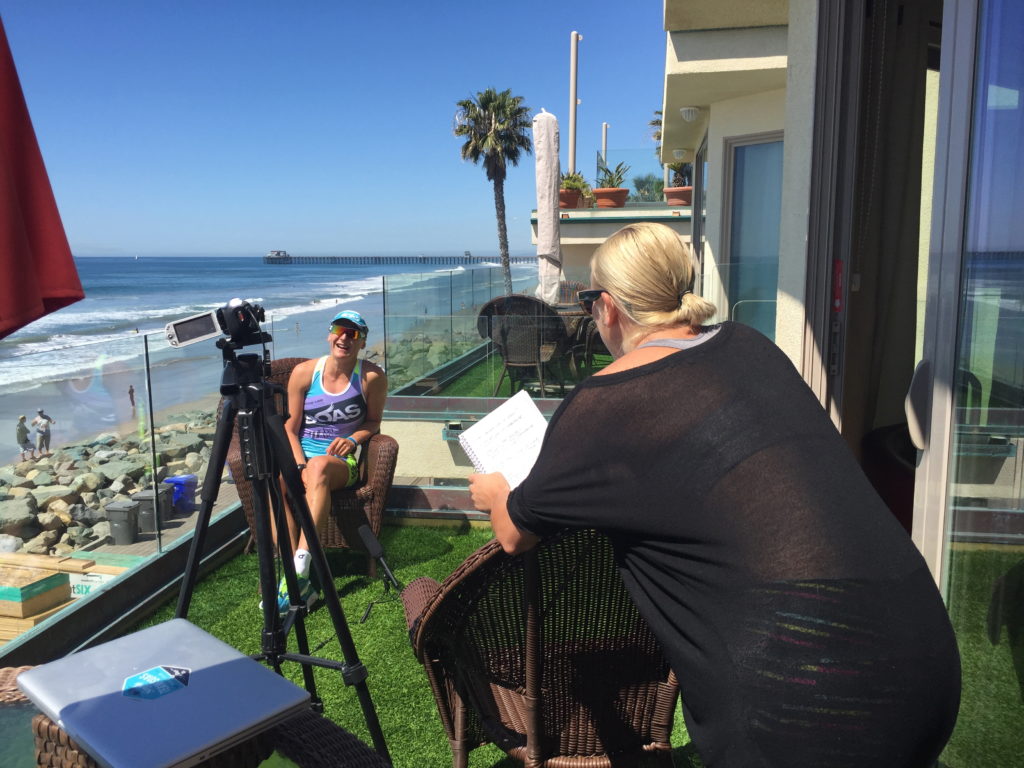 Fun times and lots of laugh, with Steph from SOAS! www.soasracing.com

So reflecting back a week or so later, here are my take aways and learnings:

Well after the race, the next day, I flew to Arizona to see Dr. John Ball, an incredible guy and chiropractor, for treatment and to see if we could shed any light on what was going on. After 1.5days of treatment with John, I was back in San Fran. Whilst we don’t have quite the definitive answer I was hoping for (yet), I think we are moving in the right direction. (Another learning…I’m an Engineer / logical thinker, so kind of want a black/white answer….this is not really reality, so we’ll have to try to manage the “grey” a bit more in trying to resolve this. I’ve just had an MRI as well so hoping that brings some more light on things, or eliminates some thoughts.

But for now it’s carry on with what I can do…swim and bike, steady runs…strength, rehab, rest and eat right (Easter didn’t help there).

This week we head into our second Purplepatch Pro camp for the year, at Stinson Beach just over the Golden Gate Bridge. So whilst pretty local we will all move over there so fully immerse ourselves in training. I’m looking forward to being back in camp with the team and focusing on building on the work at Kona and the past few months with the awesome team we have. 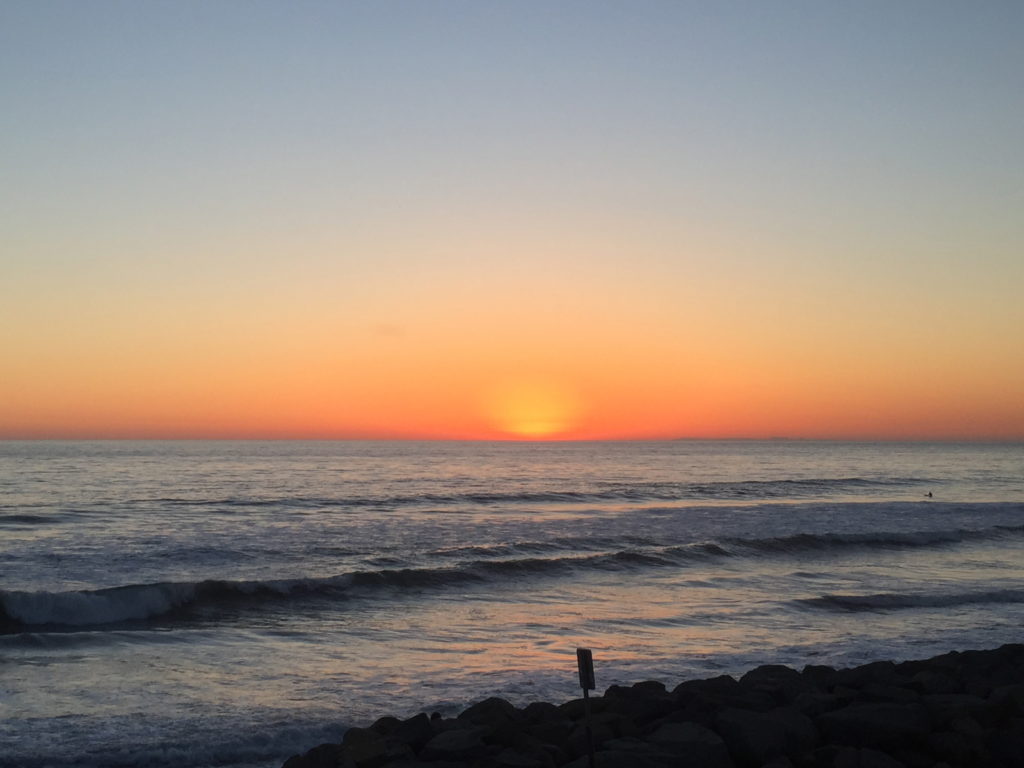 Not a bad location for a race.