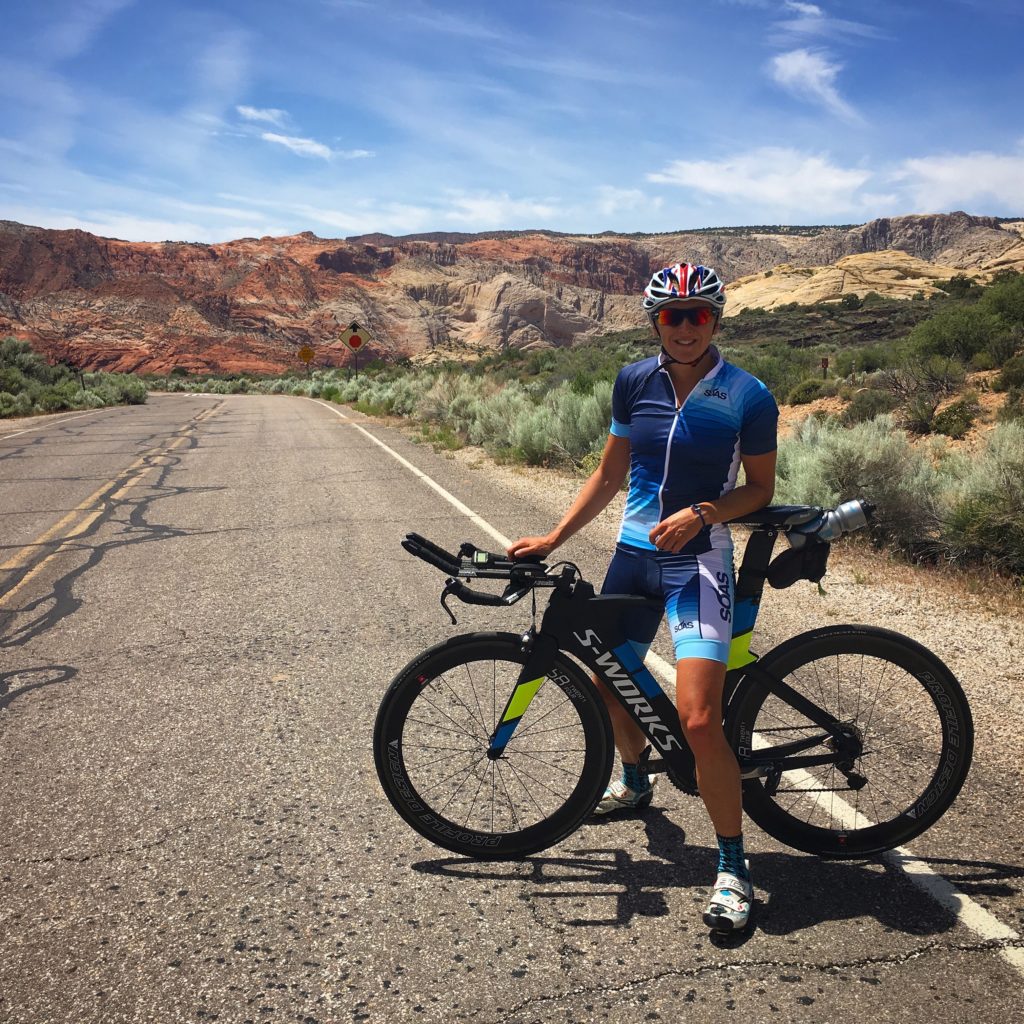 Tell me a year ago that I’d have placed 7th in a Championship race and I’d have taken it, in fact I’d possibly have bitten your hand off at the offer.

A week or so ago, I raced in St. George 70.3, finishing 7th in a respectable field. I have to be happy with that, 7th in a Championship race. Yet I still came away feeling disappointed and frustrated. I know it wasn’t my best performance. Some elements were a long stretch from what I should have produced.

That is racing and it’s about turning the training into execution on the day. I can’t take anything away from the other women that raced and their performances. It was a privilege to be on the start line with some incredibly women and to finish top 10, with a performance I know wasn’t my best, well I’m going to say that’s a positive and a step in the right direction. 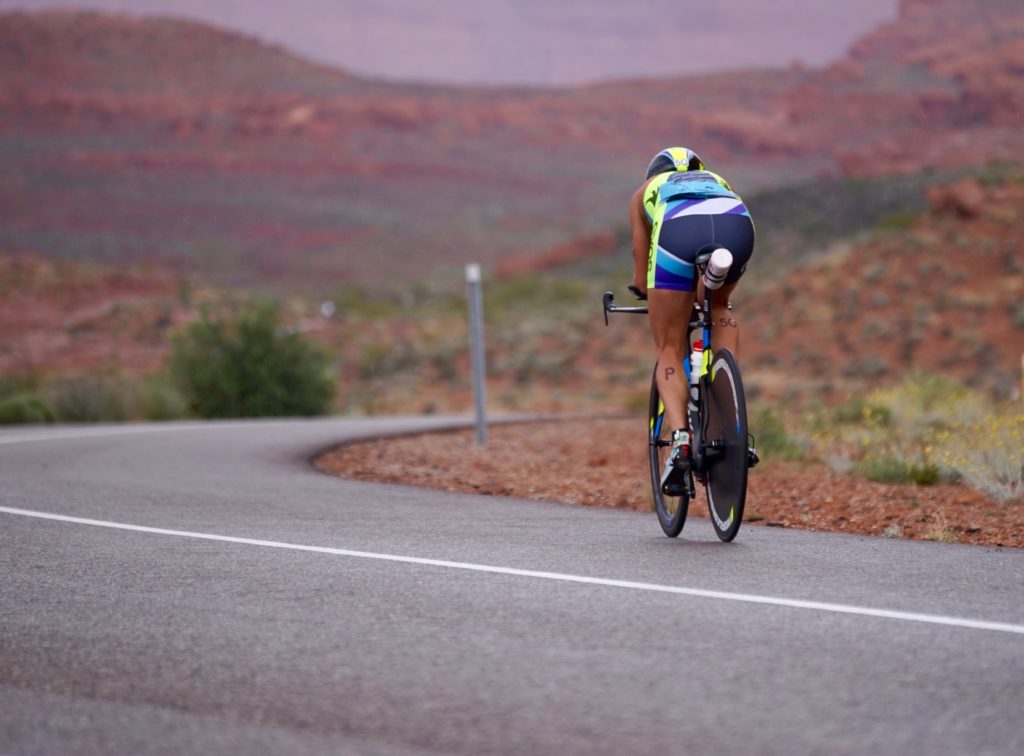 What I have learnt though in the past few months, and I’m starting to believe, is that I do belong. I deserve to be on that start line, lining up against the best in the world, believing I am one of the best as well. My baseline has leapt up, and my standards and expectations, (whilst always high and I’m my own worse critic) have also been raised.

St. George, in Utah is a fantastic course. It’s honest and has a great mix of terrain and challenges. The swim a straight forward rectangle, although it’s surprising how choppy it gets out there, when from the shore it looks almost mill pond flat. After the first turn buoy it sometimes felt like we were swimming in the wake of a motorboat. I didn’t feel totally comfortable in the swim, and I don’t mean in the way you are meant to be “comfortable with being uncomfortable”, with it being a race, but for some reason I just didn’t feel great. However you deal with what you are given and I did my best to swim as well as I could on the day. It was an average performance. I’ve been putting in some great sessions in the pool, but just wasn’t able to bring the best on the day. That’s how it goes. 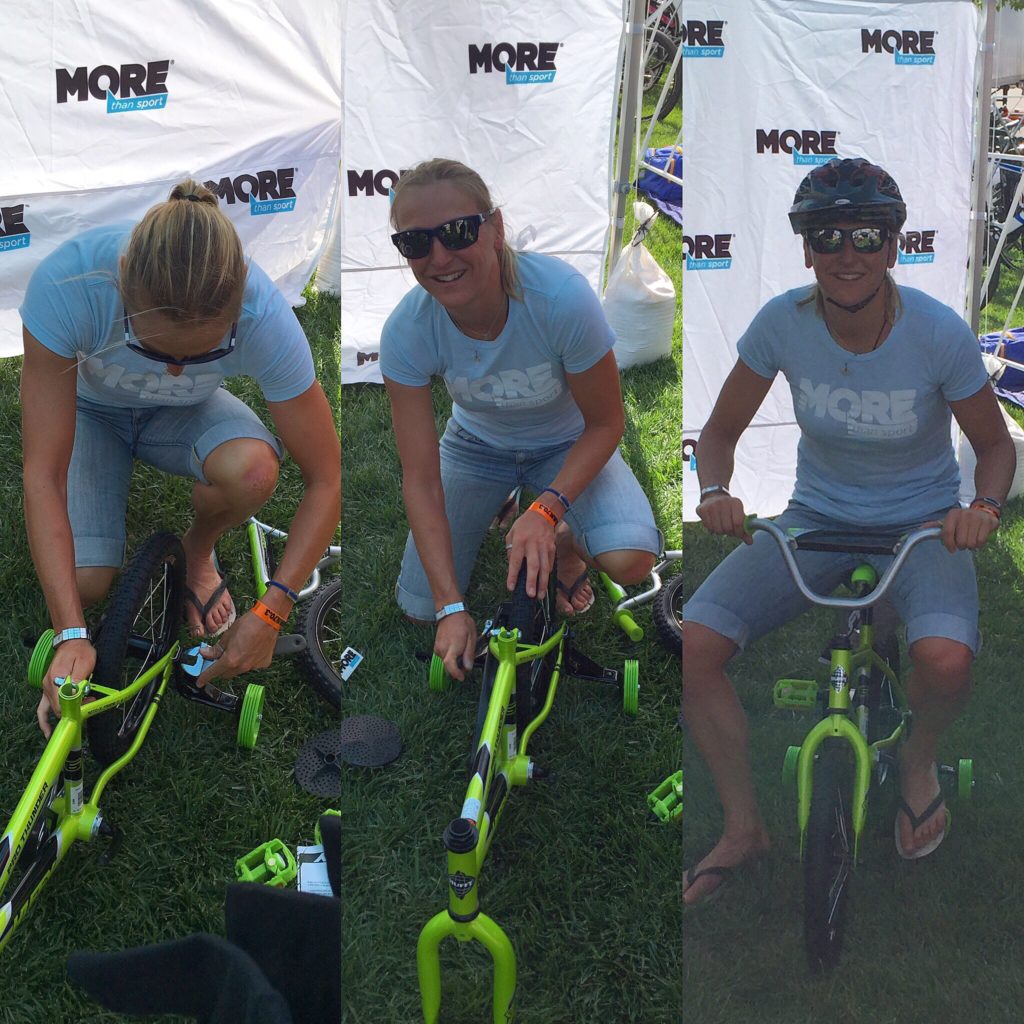 On to the bike and I was excited about the course. Having ridden it a few days earlier I loved it. A great mix of different terrain, as well as sections through urban areas and then through stunning rocky scenery in the parks. I really wanted to put in a good bike. Ride the terrain well, and to be honest… “rip the bike course apart” …what happened was more like a wet fart than Game of Thrones. I have no real explanation for this. I’ve spent a few days soul searching for answers, but have now simply put it behind me, with a ‘it was just one of those days when it just wasn’t there’, and moved on. There’s nothing much more you can do, but to still believe it’s in there. One poor bike ride doesn’t make you a bad rider.

Transition two was interesting as trying to get your helmet off and shoes on when you have no control of your hands or feet due to the cold, is certainly a challenge. I had visions of having to run with my aero helmet still on! I have never sat down in Transition, but here I was sitting on the floor, completely uncoordinated with head, hands and feet, trying to stay calm and and put my trainers on, whilst seeing the women behind me streaming into T2. 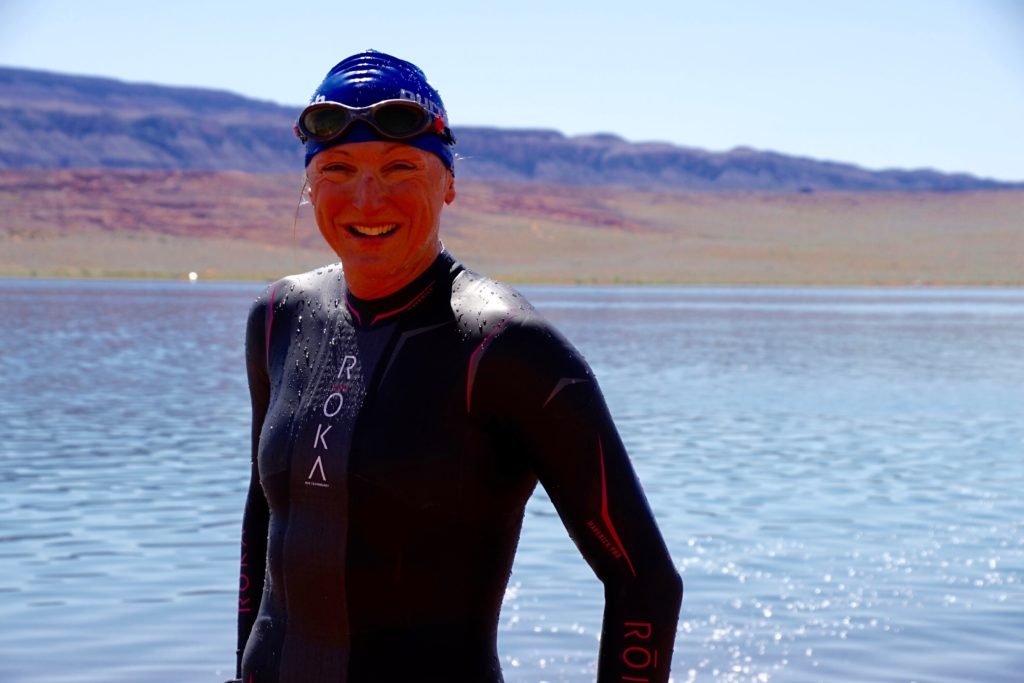 Finally (it felt like an age in T2) I set off running and possibly with some adrenalin from the transition, I was surprised at how quickly I moved up a place into 7th.

I knew I had some fast runners behind me (read Miranda Carfrae and Heather Jackson), so tried to get moving and find rhythm quickly. It’s obviously a pretty good motivator knowing you have Rinny and Jackson running you down, BUT all my focus was ahead and focusing on putting in my best effort to close down the women in front. At the end of the day, what difference does it make to how far someone is behind you, if you are putting all your effort, energy and focus into doing the very best you can do to catch the person in front, or just get to the finish as fast and as best you can. 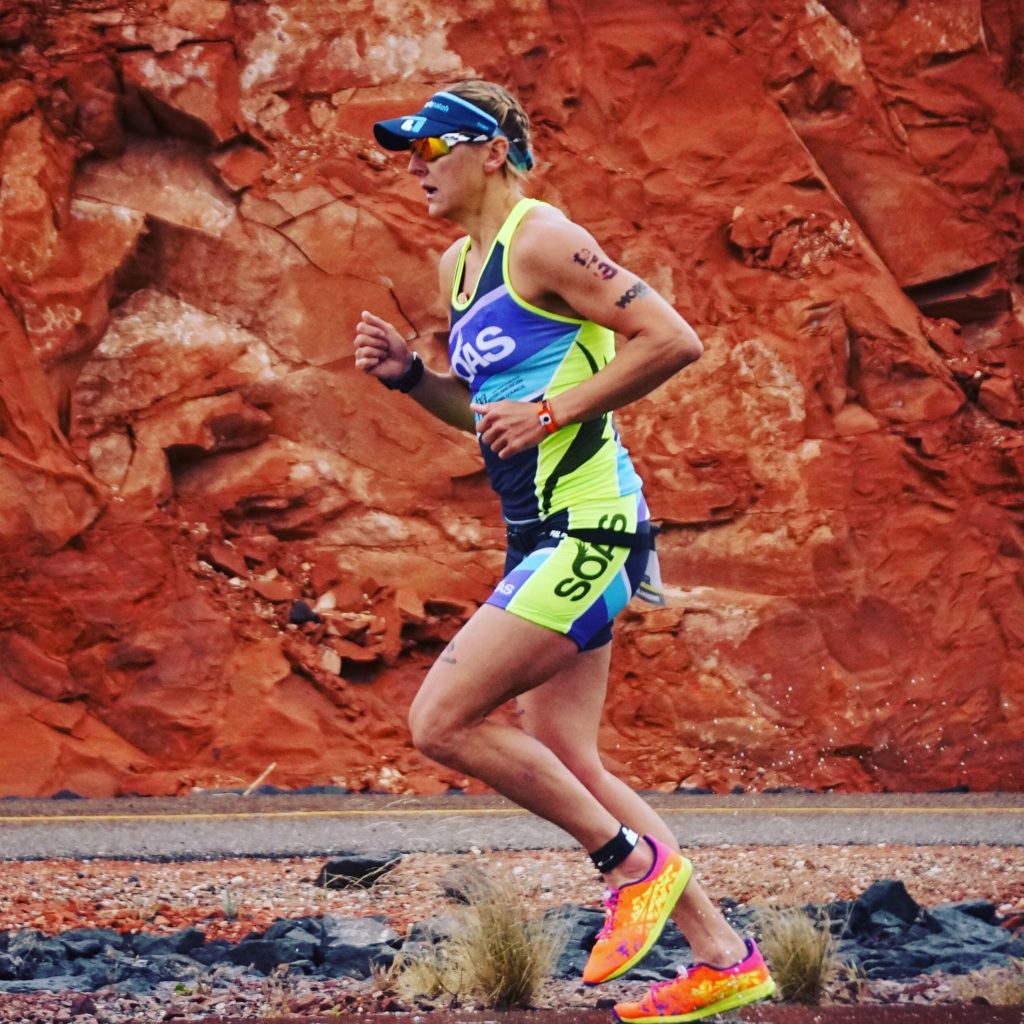 I finished 7th in a Championships race and can’t complain about that. The positive is that I finished 7th with a sub par performance and I know that if I’d put in the performance I’d be up there. But that’s racing and delivering on the day, and on the day it was 7th. As with these things, I’ve taken away a lot of learning and experience again, and will bank this and use it to fuel me over the next few weeks as I race again here in the US, and then set off to Europe to race. I’m certainly ticking off some bucket list races this year and having a lot of fun doing it!

My coach Matt Dixon, and Paul Buick have a belief  in me and I am grateful and thank them for this. For their confidence and guidance and continued support. 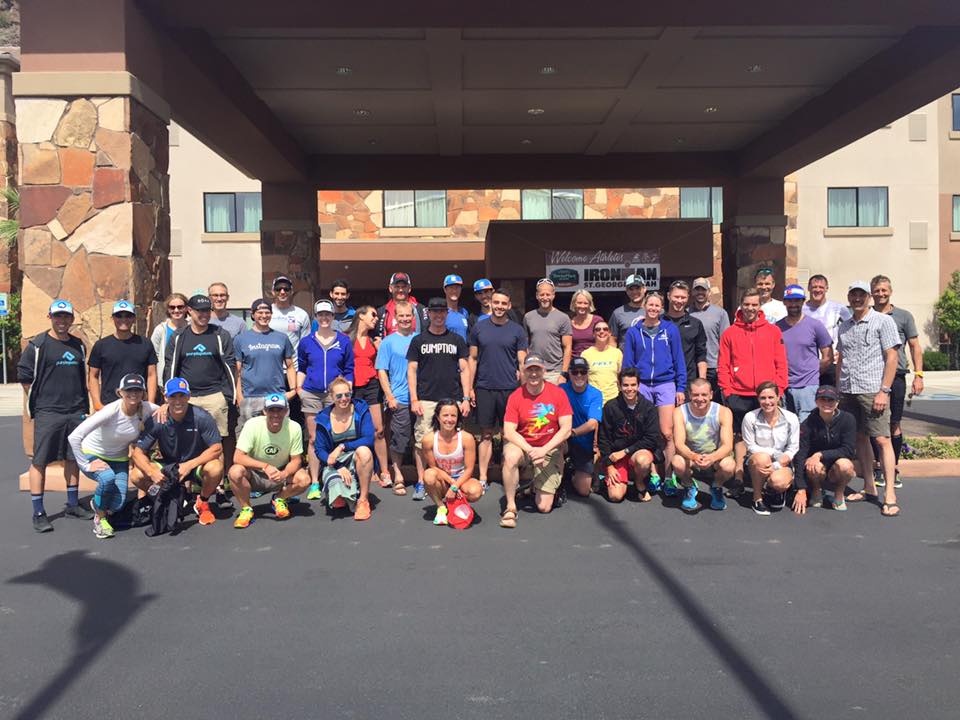 How many athletes? A Lot!!
Such a great group. Purplepatch athletes from all over. It’s a truly global community.

It was awesome to race at St. George with so many Purplepatch athletes racing as well. It’s a pretty special group to be part of and it was great to catch up with everyone pre and post race.

I’m am forever thinking how incredibly lucky I am with the homestays I get at races. Perhaps it’s not luck it’s just that our sport is so awesome that it attracts amazing people, whether they are triathletes themselves or just want to help and be involved in the events. To Dave and Kim, (Talon and Fin) thank you for going over and above, to make my time in St. George, enjoyable and as relaxing as it can be pre race! It was a pleasure to be welcomed into your home and family. Thank you. 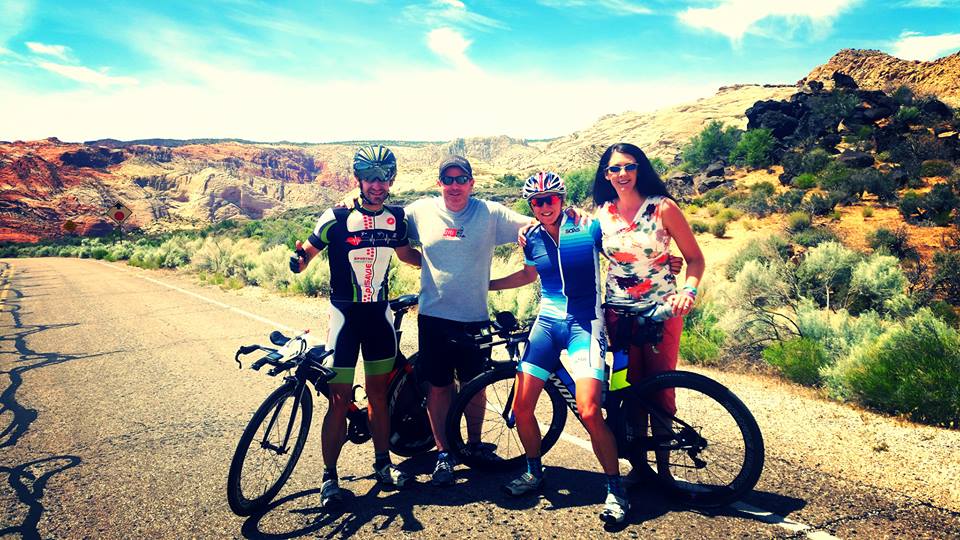 So lucky to have an awesome homestay family! Thank you Kim and Dave

Another great team to be part of is SOAS. It was fab to get to meet some of the SOAS Ambassadors from around the world who were also racing in St. George.

My new bike is getting lots of good comments! Very much enjoying riding my new Specialized. 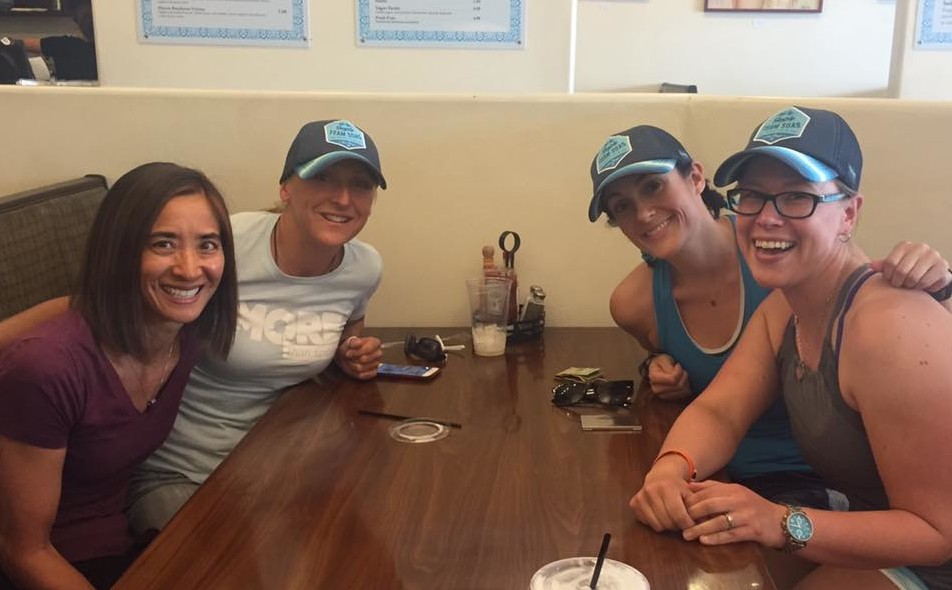